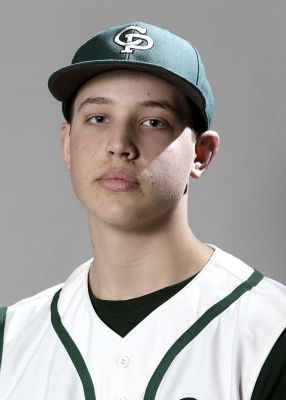 Carle Place, NY – We at Batting 1000 are so very proud of one of our own, B1 Pirates Pitcher Mike Delio.
Delio, a junior making his first varsity start, tossed a perfect game and struck out all 21 batters to lead Carle Place to a 15-0 win over Hempstead Tuesday in non-league.
“I’ve had dreams of throwing no-hitters and perfect games but nothing like this,” Delio said. “This was a once-in-a-lifetime opportunity.” Delio, who pitched on junior varsity for the previous two seasons, said his strategy was to get ahead early in the count with fastballs on the corner and then attack with his knuckle-curve.

Delio walked three times and stole two bases. He said he didn’t feel nervous entering the game but began to in the later innings, especially on a bunt attempt that went foul with one out in the sixth.
“I just stayed focused,” said Delio, whose fastball was in the mid-80s Tuesday. “I wanted to locate my pitches, get my curveball down in the zone and just play baseball.”

Congratulations Mike from all of us at Batting 1000.