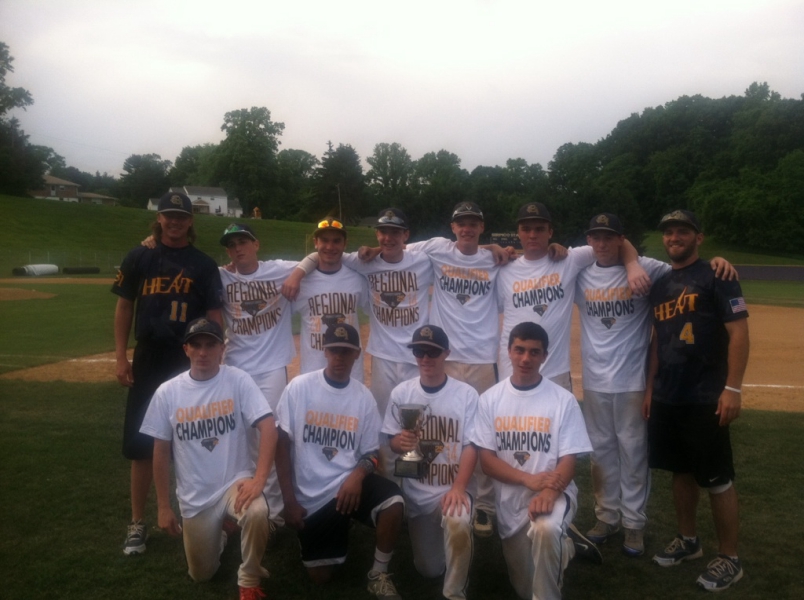 The B1 Heat have won their second consecutive championship in as many tries as they have won the Perfect Game Super 25 Tournament in West Chester, Pennsylvania.
The Heat beat the All Star Baseball Academy 5-1 in the finals as Charlie Neuweiler went the distance for the complete game victory. Charlie also broke a 1-1 tie in the 5th inning, driving in two runs with a base hit.

The Heat pitching has been the story of the last two tournaments. In their first 9 games (8-0-1), each starter has gone at least 6 innings with four starters going the complete 7. The team has used the 6th inning the last three contests to break the game open.
Congrats to Coach CJ and Coach Pete and the B1 Heat.