hide
hide
No announcements have been posted yet for B1 Seminoles - 15U Rinaldi. 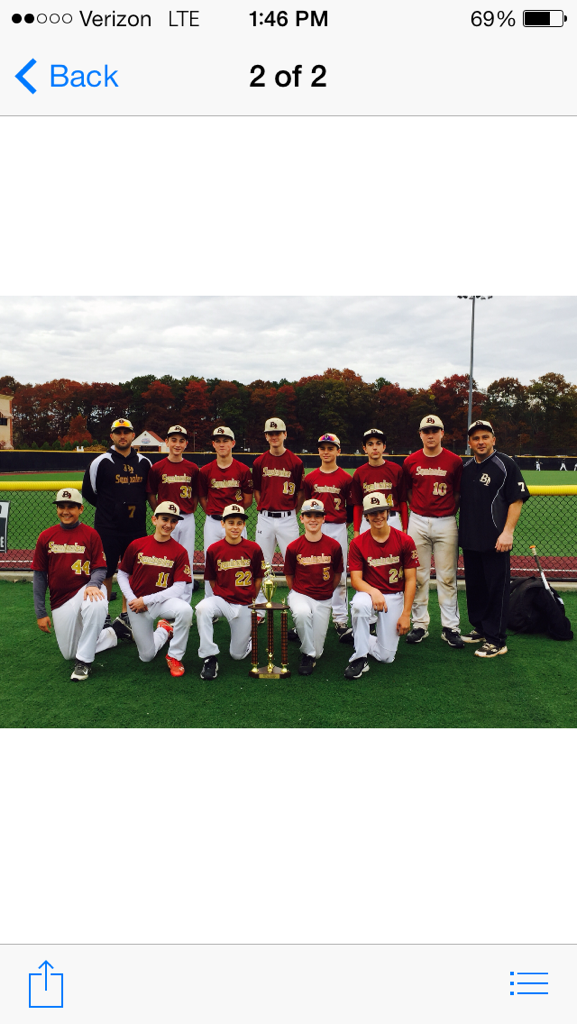 On an early November morning with temperatures still tolerable for baseball, the 14u Rinaldi Seminoles had an impressive playoff run in the Boys of Summer Fall 14u Division that culminated in a 5-0 shutout of the Max Bat Titans in the Championship game held at Baseball Heaven. Congratulations … 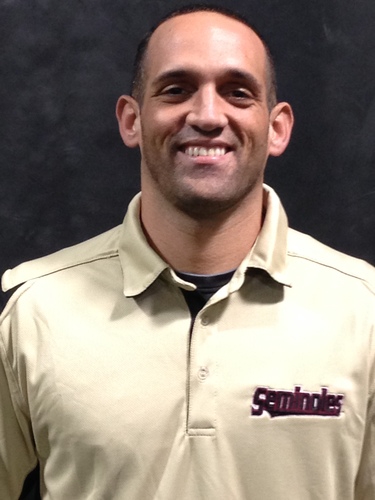 It is very important to us at Batting 1.000 that all parents, players and coaches are on the same page throughout the entire season. Therefore, we want to share with you what we sent to the coaches, laying out a couple of procedures to follow with the players. The more important part for the parents is the dress code section. For parents to understand the importance of showing up an hour before game time, listed below is the schedule of events for a normal game day. Please read below and share with your son. Again, thank you for your time and efforts into making this a successful experience and season for the boys.

The pants MUST be white with black piping. If they wear the pants down, there can be no elastic so that the pants fall over the cleats. All players must also wear black socks and a black belt. Shirts are to always be tucked in and hats are on the right way with absolutely NO FLAT BRIM. The hat should have a slight curve.

2. PRE-GAME: All parents and players are expected to arrive and be ready to go 1 hour prior to start time. The coaches are expected to arrive 1:15 minutes prior to all games with their lineups and playing time mapped out already. The following routine should be followed every game:
- Team Run (Pole to Pole) (2-5 minutes)
- Team Dynamic Stretch (1 line down the foul line with entire team together) (7-10 minutes)
* Series of stretches/Runs
- Knee hugs down
- Butt hugs back
- Toy Soldiers down
- Hip Raises back
- Walking Toe Touches (Airplanes) down
- Walking Lunges back
- High Knees down
- Butt Kicks back
- Striders down
- Cherry Pickers back
- Back Pedal down
- Back Pedal turn and sprint back
- Shuffles facing field down down
- Shuffles facing fields back back
- Karaokes facing field down
- Karaokes facing field back
- (Younger Teams) Roll towards field and sprint down and back
- (Older Teams) Steal breaks down and back

- After outfield is done, they either go to secondary infield position for younger ages or back up each base at older ages.
*INFIELD PORTION:
- Infield portion begins with catchers each throwing around the horn (C-3b-2b-SS-1b-C) four times.
- Infield Up, Plays to Plate with catcher blocking and tagging.
- Infield Normal Depth plays to 1st.
- 1st baseman throws to SS with SS pumping to first and throw to third.
- Infield one and cover. (Throw around the diamond each round.)
- 1st baseman plays behind and flips to other first baseman acting as pitcher or just touches first himself.
- Infield double plays
- Infield Long Rep, Short Rep.
- Hit to players backhand forcing a longer throw, followed by a slow roller hit by the coach. Both plays made to first.
- Finish with pop up to the catcher. Either throw it or attempt to hit it. Throw it to keep it cleaner.

*After I/O, you should have another 20-25 minutes. On top of your starting pitcher and catcher warming up to pitch with the pitching coach present, you can do a number of different things during this time, including:
- Two-Man Fungo and extra fly balls for the outfielders
- Priority calls on all fly balls for all players.
- Batting practice if cage present, soft toss into fence or net or into the outfield with everyone else fielding, or dry swings.
- Baserunning material.
- Anything else you think your team can sharpen up on before game time.

There cannot be anymore wearing one jersey for a doubleheader. A complaint in the past is that the parents spend a good amount of money on jerseys and we do not use them enough. Some coaches do a better job than others at this, but we all need to get on the same page. Single games can be one jersey, but can also be dri fit for pre-game and other jersey for game. If you have back to back days of games, then you have to plan accordingly keeping in mind that the parents do not want to do laundry every night, but the rule of thumb for all parents is TO BRING ALL UNIFORM TOPS!!!!

B1 Seminoles Spring Opener This Weekend

This weekend starts the Spring Season for many of our travel teams ages 11 through 14. The schedules are posted on their respective team page. It’s time to play ball ! Good luck to all. 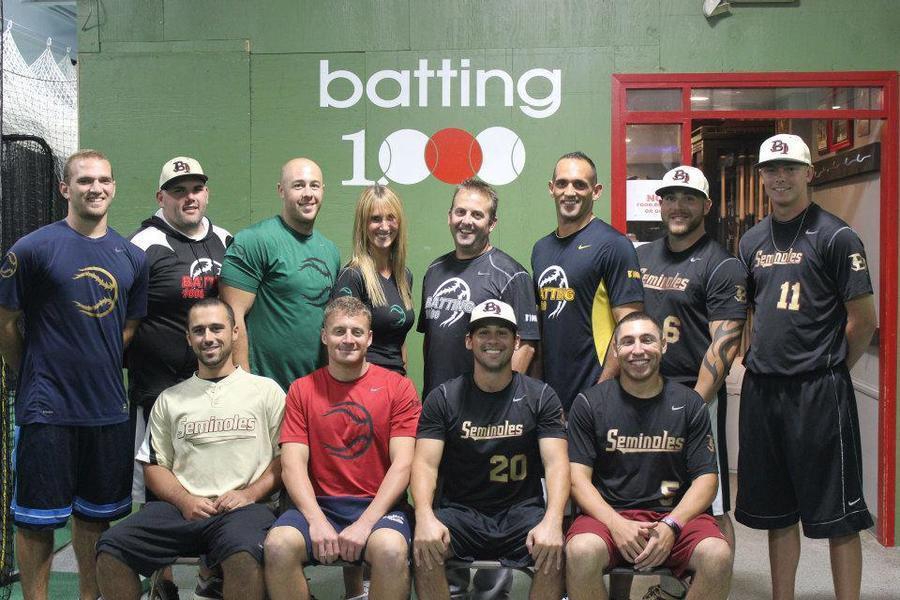 Welcome to Batting 1.000! Check out our website for the latest information on all our programs and services. In addition to an outstanding instructional program taught by some of the best instructors on the Island, we also have several teams this year participating in our Travel Program. We look forward to another great season and welcome you back to our Batting 1.000 family.